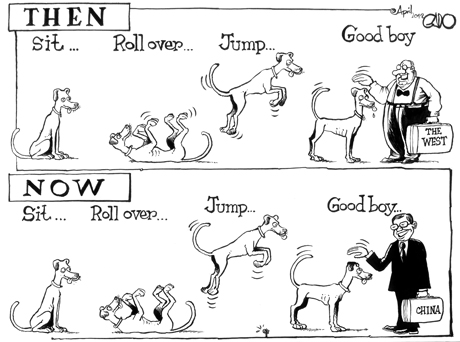 What boggles my mind is, does this day really have any significance to the black South Africans in particular and Africans at large?

With the current economic status of the black South Africans, is this a day worth celebrating or a day to seek what really happened behind closed doors when Mandela brokered a deal with the white regime at the time? For a country that does not even celebrate its Independence Day, to celebrate this day is an irony. Does this day identify with the common man on the streets of Alexandria, Soweto or the Cape Flats?

Is Madiba (Nelson Mandela) a hero they tell us he is or is he a villain? Is he a saint or a sellout? If he is a hero, then whose hero is he? Who celebrates his heroic life?  This latter question is irresistible as it appears that the West and the white media in South Africa are at the forefront of celebrating him and pushing forward the so claimed image of Mandela.

Can Mandela be put in the same category as Kwame Nkrumah, Robert Mugabe, Thomas Sankara, Julius Nyerere, Patrice Lumumba, or W.E.B. Du Bois, among other Pan Africanists? Why is he celebrated more than all other African leaders? What has he done for Africa in general and black South Africans in particular that justifies the celebrations?

Why is it that we do not hear about the people who were in trenches fighting apartheid when Mandela was in prison? How about those who were leading the “Free Madiba” Campaign?

Media is a very powerful tool and it has even hijacked the Mandela brand for its own gains.

Isn’t it ironic the very same people at the forefront of celebrating Mandela are the same people who kept him on the list of terrorists until his 90th birthday, only four years ago? By his own admission, in his book “The Long Walk to Freedom”, Nelson Mandela admits that he initiated secret talks with the National Party in 1986, a former ruling political party that was responsible for apartheid. He did this without consulting his colleagues in the ANC. When he finally decided to tell his comrades, Govan Mbeki and Ahmed Kathrada, in 1987, the accusations of selling out started. He was suspected of selling out the struggle and the apartheid regime had managed to break him. One man who never accepted it is Oliver Tambo, and it is claimed that this might have led to the first stroke he had.

According to his book, Mandela initiated the dialogue and he was alone in the discussions and the National Party talks were led by Kobie Coetzee.What we know today about those discussions is what Mandela himself tells us. He might have negotiated to cut a deal for his release, for all we know. When he was released from Robben Island in March 1982 to Pollsmoor Prison from where he was transferred to Victor Verster Prison where only him had first class treatment, he was living in a large warden’s three bed-roomed house with a swimming pool and a big garden and he also had a private chef. The fact is while his comrades were still living the hard prisoners’ life, Mandela was enjoying the life of a free man.

Why didn’t he negotiate better conditions for other prisoners? Today the South Africa negotiated for by Mandela prior his release from prison and even during Codesa talks is so skewed in the favor of whites, it is a disguised apartheid. The compromises Mandela made, still haunt South Africa today.

Mandela negotiated from a position of weakness and that gave de Klerk the upper hand. The apartheid national anthem was made part of the national anthem of the new South Africa; where is the new beginning in that?

F W de Klerk once said: “I am not negotiating myself out of power”, and he did just that.

De Klerk negotiated to protect the interests of the white minority. While de Klerk was making sure he protected his own, Mandela was busy selling them out. Mandela is celebrated today because he did not rock the boat. Whites still control the media, judiciary, the economy and virtually everything in South Africa.

Does this explain why singing “dubula ibhunu” is considered racist and painting “the spear” is considered “freedom of artistic expression”, I wonder?

Many people today can never identify a city called eThekwini or another, Tshwane, yet these are two of the most popular cities in South Africa. Names in “independent” South Africa are still very much like during the apartheid era. The whites fought hard to protect their heritage.

There was much debate around this and again Mandela chose not to rock the boat. South Africa is an amazing country, a nation once described by her former president as a one country with two nations and two economies.

It is also a country, which is renowned for the highest number of violent crimes. A nation which is a home to more than 50 million people and the 2010 mid-year estimated figures for the population categories were Black African at 79.4 percent, White at 9.2 percent, Colored at 8.8 percent and Indian or Asian at 2.6 percent.

“He agreed to a bad deal for blacks. Economically we are still on the outside. The economy is still very much white.”

There’s a vast difference between living in shacks and cheap RDP (Reconstruction and Development Programme) houses which are mostly occupied by blacks versus properties whose average price tag is over a million rand up to as much as R40 million which are mostly owned by whites.

Despite being in the minority, white South Africans still enjoy the bigger share of the cake. So whose hero is Mandela? What has he done for the betterment of the natives?

Is Mandela just a model of what the West and the white regimes expects an African to behave?

Any African leader who dares to rock the boat is labeled a tyrant and anyone who dances to their tune a democrat.

Does Mandela owe the people of South Africa an apology? Or as Malema would put, “he was just a political liberator and it’s this generation’s turn to fight for economic independence.”

One thought on “Mandela Owes Black South Africans An Apology: Debunking Mandela’s Legacy and The Illusions Of An Apartheid-Free Country”

In war, truth is the first casualty.

A mob is no less a mob because they are with you.

Kenya 2013 Election!!!March 4, 2013
"Wipe out the paintings of slogans all over the streets, confusing the people while your asphalt burns our tired feet." - Bob Marley

Training the Next Generation of Human Rights Advocates